‘The Dilemma Of Networks’ Or The Danger That The Internet Hides

‘The Dilemma of Networks’ has become one of the documentary productions of Netflix most viewed in recent weeks. It is an extensive documentary that talks about the use we make of social networks or, rather, the use they make of us.

The documentary, directed by Jeff Orlowski, shows the reality of how social networks can interfere with our behaviors. These affect the way we act and even how we feel, especially in the youngest.

It is shot with testimonials from specialists with in-depth knowledge of the subject, as psychologists who are experts in addictions or digital disconnection. Above all, it has testimonials from former employees of many of these platforms who know first-hand how the mechanics of these networks work.

It offers us a reflection on how technology connects us and controls the aspects of our lives that we least suspect. It perfectly describes the addiction to social networks and the negative impacts they have on us, which result from strategies designed to manipulate our emotions and behaviors.

Next, we tell you what the documentary ‘The Dilemma of Networks’ is about, and we analyze what we can learn from it.

What is ‘The Dilemma of Networks’ about?

According to the documentary, when you use social media, you will realize that many companies have your personal data. Companies like Facebook, Twitter, Google, and others. It’s data that documents how you look, the searches you perform, and the sites you visit. But, besides, all these sites also know how you feel and even when you are alone.

‘The Dilemma of the Networks’ has many interviewees who have held important positions in the networks’ recent history. All of them are asked the same question. “What is the problem with social networks?” Everyone seems to be quiet at first, but they tell us about the algorithms’ dangerous maneuvers. All of them, in fact, ended up leaving their jobs when they became aware of them.

They explain that you create a detailed profile every time you react to a post on any network. With this information, The internet uses algorithms and predictions to manipulate you. Thus, they not only send you advertisements and specific content that may be of interest to you. Also, if you don’t interact for a while, it sends you messages to react and influence your mood.

Thus, we find many seemingly innocent digital experiences. Such as automatic recommendations, suggested posts, and certain notifications. However, these would be working as a kind of bait for us. The objective is to monopolize our time and an economic end.

The tape addresses the issue of fake news. In this regard, he tells us how social networks help us to create any news. However false it is. Something that we have experienced with special intensity during the Covid-19 pandemic, for example.

Orlowski also includes in the documentary a series of fictional episodes. In them, we see the impact on a family of the misuse we make of social networks. 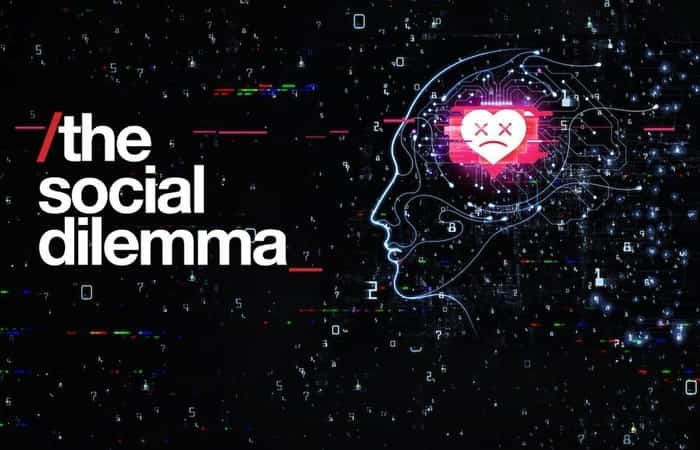 The Dilemma Of Networks- Mongersmint

The key points of the documentary

According to those interviewed in the documentary, networks make money over time. Thus, the longer a user spends connected, the more information he exposes. Detailed information about your tastes, habits, and consumer characteristics. This data is collected and organized using algorithms that track “likes” and comments. They also analyze reading times and exposure to images.

This information is offered to your customers. These range from brands to politicians to governments, who they come to pay millions of dollars for them.

However, the mechanism only works if users remain logged in to their profiles. In this way, they can be exposed to the maximum number of ads. All too often, according to the movie, that happens at any cost.

2. They are tools designed to manipulate us

The documentary describes the tools that are created to keep us distracted while advertisers make money. The main one would be automatic scrolling. It is a strategy developed so that the digital experience has no end. So that the user stays connected as long as possible.

In turn, notifications seem to be one of the most effective tools to attract users and keep them connected. With them, you would be manipulating the public to make it dependent, achieving a feeling of happiness.

3. The networks offer us false rewards

The interviewees explain techniques for handling emotions through dopamine, a neurotransmitter related to pleasure, joy, and well-being. In this way, by “immediate reward” systems, like the “likes” or the positive comments, social networks have created navigation methods capable of stimulating dopamine circulation to unprecedented levels.

Thus, each validation received online generates new artificial dopamine impulses. It is the system used by networks to keep a legion of increasingly lonely and needy users connected.

4. The incredible speed of fake news

According to the documentary, fake news spreads 6 times faster than real news. We created a system that privileges false information because it makes more money to companies than the truth. This is one of the best example of The Dilemma Of Networks.

In fact, one of the most famous phrases in the documentary is the following: “The truth is boring.”

5. Do you offer us security?

As stated in the movie, networks are directly related to an increase in depression and anxiety cases. And, the most worrying thing about it is that this increase occurs especially in children and adolescents. The film shows the example of a girl who falls into depression after receiving criticism about her physique.

As the documentary indicates, social networks’ irresponsible use would not be the cause of this situation. Instead, it would be produced for the irresponsible way in which the networks treat their users.

How much did you like this article about “The Dilemma Of Networks”? Tell us your views about this article in the comment section? We are always happy to hear from you. Follow us on other social media platforms too.

15 Best Horror Movies Of All Time To Watch With Children